In 2003, Mark Gessler invited me to co-drive his 1938 BMW 328, in the Colorado Grand and the Mille Miglia. I was hooked. the next year, he sold me his Siata 208S; it had been accepted at the Concorso Villa d’Este , but I just wanted to race and rally the car. So, after one race, it was shipped to Italy, to be driven in the 2004 Mille Miglia. It was quite the adventure, because while it did fine on the racetrack, on the road and in traffic, it overheated, slowed down and died with some frequency, resulting in a lot of time spent by the side of the road. Generally near enough to a cafe that we could keep our espresso level high enough to avoid collapse and have interesting conversations about the car with all the Italian men who gathered around to offer their suggestions about fixing it.

When the car returned to the USA, it was determined that it needed a new distributor, among other things. Over time, it became an amazingly reliable car, with wonderfully light and noble handling. It was ideally suited to touring (at least in fine weather) and it was a pleasure to drive on the racetrack (though not very competitive). The car has done numerous tours, including the Colorado Grand, the Going to the Sun Rally, the California Mille and the Italian Mille (twice). After the second Italian Mille, the car was on the lawn the next week, at Villa d’Este, where it won a Targa d”Argento award, in part, I think, because it was so obviously a car that was used enthusiastically as well as cared for.

The Siata has also done numerous races, quite a few of them at the Monterey Reunion. Its grip level is quite limited, diminishing as the tires warm up, making it quite entertaining to slide around; it is a quintessential fifties sports car. It is, however, rather sophisticated for an early fifties car, with an all aluminum V8 engine and 4 wheel independent suspension. The engine was called an Otto Vu (8V) by Fiat, its manufacturer, because they thought, incorrectly, that Ford had copyrighted the term V8. 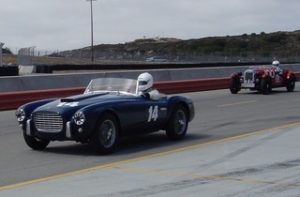 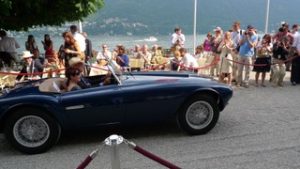 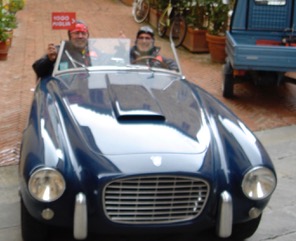