The Baldwin Mercury Special was built in Santa Barbara, California by Willis “Bill” Baldwin. Baldwin built four sports racing Specials. This is the second of the four. The Baldwin Mercury’s major components are from a wrecked 1946 Ford Tudor. It is powered by a hot- rodded Ford/Mercury Flathead V8 with three Stromberg carburetors. The Edelbrock heads and intake manifold are early original speed equipment as is the manual external fuel pump. The fuel filter is from a B24 bomber. Baldwin wasn’t a skilled metal shaper but he was able to create a handsome body of steel and aluminum by cutting the compound curves needed from parts of other cars. The nose came from a Plymouth shell and the tail from portions of 1938 Chrysler front fenders. The hood scoop began life as a bullet headlamp and the chrome plated grill was fashioned from a refrigerator shelf.

Baldwin entered the car for Hastings Harcourt to drive in 1950 and 1951 in road racing events at most of the early California “tracks”. Al Schalinger, owner of S&C Ford in San Francisco, and later Floyd “Sonny” Kenyon, entered it mostly in northern California events from 1952-1955. It competed in the 1952,1953 and 1954 Pebble Beach Road Races. It was also a frequent competitor at early NHRA drag events and was usually the car to beat in unofficial street drag activity on the San Francisco Peninsula.

The Baldwin Mercury Special was the subject of John R. Bond’s, May 1950 Road and Track cover article. It was presented the Road&Track Magazine Trophy at the 2003 Pebble Beach Concours d’Elegance and the Ford Motor Company Senter Trophy at the 1992 Monterey Historics. Most recently, it was the subject of a Motor Sport Magazine track test at Silverstone Circuit 70 years after founding editor Wm. Boddy’s track test of the first “hot rod” Baldwin Special (April 2017). It has been a regular vintage racing participant since 1990 and is entered in the Del Monte Trophy Race Group at the 2017 Monterey Reunion Laguna Seca Raceway 60th Anniversary Races. 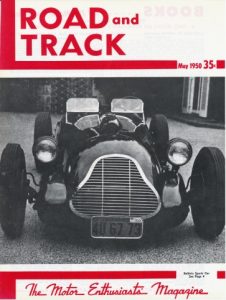 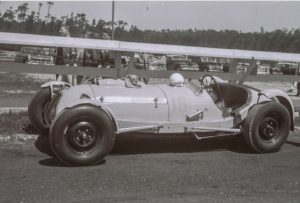 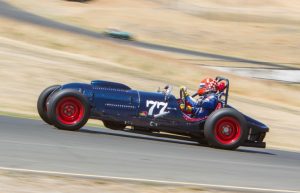