Ted Cannon, built the Cannon Mk.1 and two other sports racing Specials at his machine shop in North Hollywood, California. It was mostly built from parts accumulated from other projects. The chassis, from his father’s 1934 Dodge, was shortened and the frame rails were boxed for rigidity. The coil spring front suspension and drum brakes came from the same pre-war Dodge. The rear axle, transverse leaf springs and drum brakes are from an early Ford. Cannon used two master cylinders and invented a driver-controlled balance bar to synchronize the front and rear brakes. The engine was a hot-rodded Ford/Mercury Flathead V8. In order to obtain the desirable close ratio gear cluster for the Ford 3-speed transmission, Cannon had to buy a wrecked Lincoln Zephyr sedan ($25). That purchase, however, provided the sheet metal for the Mk.1’s cowl and engine cover as well as it’s trunk lid and rear body work.

After 67 years, the Cannon Mk.1 Special remains with the current generations of the Cannon family and is a marvelous example of the ingenuity and mechanical skills of California sports car racing enthusiasts in the early 1950s. 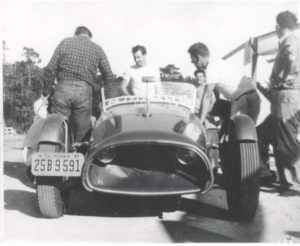 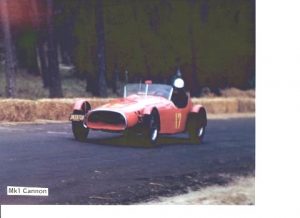 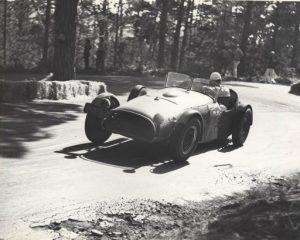 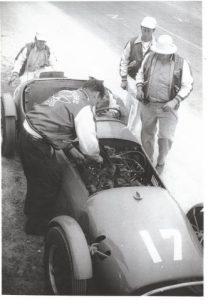