No.32 in our series of cars in the Rolex Monterey Motorsports Reunion – 1947-1955 Sports Racing & GT Cars group 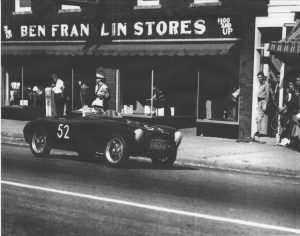 ST402 was the second of the initial three Siata 300BC production cars-an outgrowth of the Orchidea semi-prototype built for Otto Linton and documented at www.speedcraftspecial.com. A run of fifty was ultimately built for homologation in the sports racing category.

The first three were delivered to the new owners by Linton in April 1952, though the invoices were not produced until June. 402 and 403 were bought by Tom Scatchard and Henry Wessels III respectively, and were even seen together in several races. 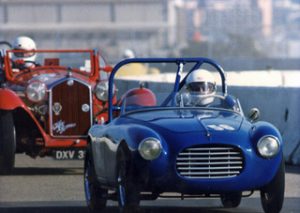 The car has arguably the most extensive and best documented period history of the model, in magazines, books, still photos and video clips. It finished first in class in the Convair trophy race at Allentown, Pennsylvania followed by another class win at Thompson, and then finishing the last race completed on the original Watkins Glen street course in September 1952. In 1953 it reached its zenith, finishing 20th overall, third in class, and eighth on index at Sebring in March of 1953. Its final period appearance was at Bridgehampton that same year.

402 then was converted for street use, possibly in Europe, and then changed hands a couple of times before coming into Marty Stein’s possession and being returned to its racing configuration. The car then began a vintage racing career which continues to this day, and is now believed to be the only 300BC being actively raced in America, with the longest continuous competition history of any of its sisters, spanning over 30 years. It has participated in the Monterey Historic Races more than 20 times, with finishes in the top ten. It has also run in races such as the Wine Country Classic, where it has finished as high as seventh overall, the Coronado Speed Festival, Buchanan Field, Lime Rock, and a return to the Glen for the Fall vintage festival. After a refresh in 1991 it was invited to represent the model in a display class of Siatas at Pebble Beach.

Awards for the car include the Group 3A award at the Monterey Historic Automobile Races, Best in Performance and Presentation for its group at the Wine Country Classic, and the first Spirit Award in memory of Martin Swig. 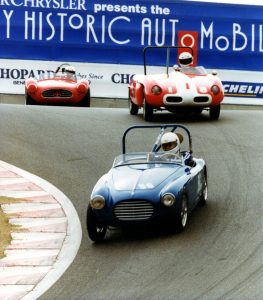 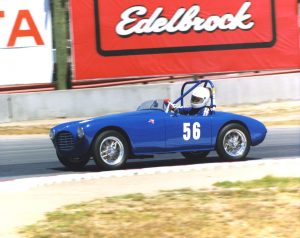