Marston acquired a wrecked Austin Healey 100 sports car which became the donor of most of the Special’s components. Huffaker designed a tubular chassis, and a de Dion-type rear suspension with inboard rear brakes and torsion bar springing. The original engine was race tuned and for a short period was equipped with a rare, but unreliable, Hunter Twin Cam cylinder head. The body is a light and functional all aluminum design built by Huffaker.

Mick Marston raced his Healey Special from 1954 through 1958 at tracks throughout central and northern California. It was a strong and consistent finisher against the 3 liter Ferraris and Maseratis in the D Modified race group. It competed in the Del Monte Trophy race at the 1956 Pebble Beach Road Races.

The current owner has vintage raced it since 1978 including 17 appearances at the Monterey Historics/Reunion. Huffaker Engineering continues to maintain the car in race condition. The Huffaker-Marston Healey Special continues to be a treasured member of the Pavesi, Marston and Huffaker families. 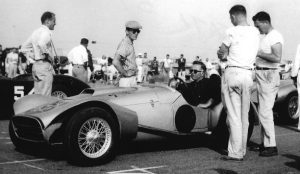 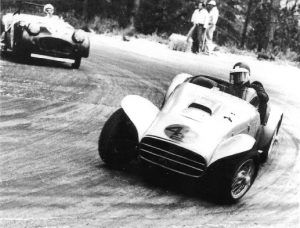 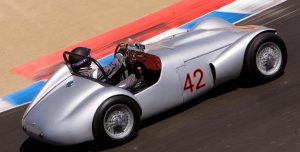