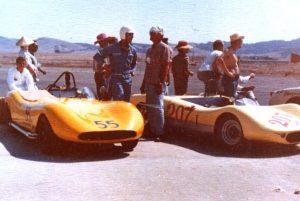 The Shannon- Crosley Special was designed and built by Mr. Floyd Shannon during 1954 and 1955 in the Pasadena area. Floyd used small steel tubing to build the frame, similar to the space frames used in European race cars. The body is made of fiberglass in the traditional way, st 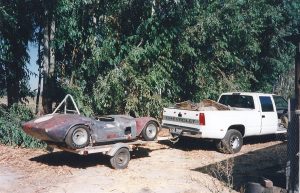 arting with making an exact full size image of the body (called a buck). After completing the buck, a mold is made using fiberglass laid up over the buck. When the mold is cured it is removed from the buck, and the buck is discarded. At this point a light weight body can be made in the mold. The engine, rear axle and some drive components came from the Crosley passenger car, which was made in Cincinnati Ohio during the late 1940’s to the early 1950’s.Due to its small displacement the Crosley engine was popular choice for the H-Modified classification. 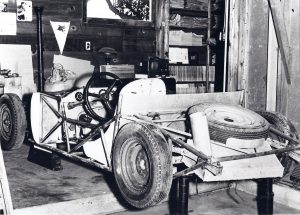 The engine is built sturdy and has an overhead camshaft which makes it well suited for the modifications needed for racing applications. Floyd was assisted by Mr. Bill Merrill who designed and hand built the double “A” arm front suspension system. This system accounts for the good handling ability of the car. 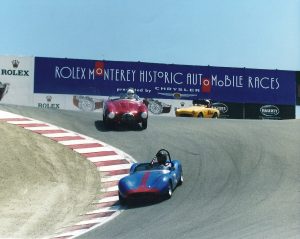 The car was successfully raced by Floyd at varies venues in California including Riverside Raceway when it opened. Floyd later sold the car to Ms. Pat Copland who also raced it with success? The car passed through different drivers until being stored in a barn for a number of years. Leland Osborn acquired the car in 1997 in poor condition and spent over six years restoring it to its present condition. The car has been competing in historic races since 2003 including Sonoma Raceway, Monterey Historic, and Coronado Island. 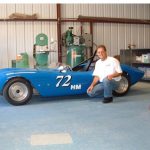 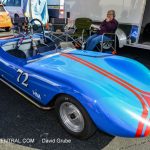