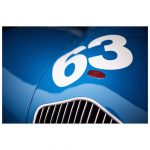 Sydney Allard’s family had contracts with the US Military and ended up with lots of surplus Ford parts after the war. Sydney loved competing in hill climbs and when the car he built for himself began to have success, people asked him to build their cars and that’s how Allard started in the car business. Allard built approx 1,900 cars from 1945 to 1958. K-2 was in production from 1950 to 1952; a total of 119 were produced with 87 known survivors. 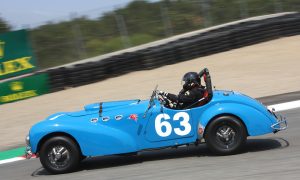 This 1950 Allard K2 prototype #1546 in its original color of Riviera Blue was rushed to completion for the April 1950 New York Auto Show. It featured a restyled grill to match the J-2 and coil springs instead of leaf springs on its front split axle. Moss Motors of Los Angeles manager Tom Frisbey purchased the car off the show floor and drove it from Manhattan to L. A. commenting that it wandered a lot. 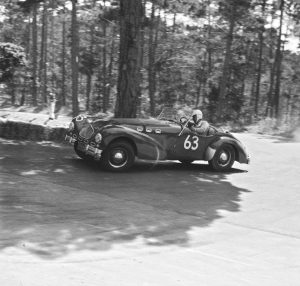 Moss Motors swapped the Ford flathead V8 for a Vic Edlebrock prepared Mercury V8 and in June 1950 entered the car in the Santa Ana Road Race with Tom Frisbey as driver finishing 5th. The winner was Roy Richter in another Allard J-2 and Phil Hill placed second in an XK120 only after spinning on the first lap and passing almost the entire field to finish 2nd. In 1952 the car (painted green) won the Pebble Beach Novice race driven by Tom Elliott.

In 1991 the car was found in a garage in San Jose by Paul James , still painted green but set up f 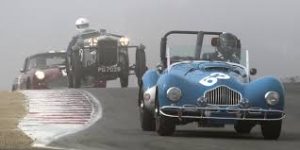 or drag racing with a Buick 401 Nailhead V8 and Ford 9” rear differential. Paul restored the car to its original New York Show color of Riviera Blue but kept the Buick Nailhead as part of its racing history. Paul raced the car in dozens of road races and completed the rugged 160 mile Carrera Panamera until putting the car in storage in 1998. 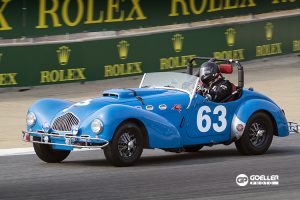 In 2015 the car was purchased by its current owner, John Mote, and restored for racing. The car is based in Sun Valley Calif, driver/owner John Mote Sr, 60 years old, former LA Kart club racer for 5 years (KTXL Open Pipe) with one win, lots of top 5s , third in points 3 of 5 years. Karting was super competitive racing (lots of contact) without seat belts or roll cages so I like our vintage racing better and the people in my group are the best! 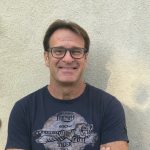 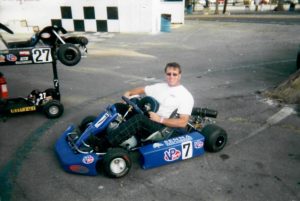