• The 3rd of 22 Series One 500 Mondial Spiders built
• The 3rd of 16 Pinin Farina Spiders built
• Completed by the factory on March 23, 1954.
• Ice racing in Swed Raced in the 1954 Mille Miglia by Paolo Pineschi and co-driver Mirko Landini.
• Sold by the factory to Swedish Ferrari importer Tore Bjurström, who sold it to its first private owner Valdemar Stener, resident of Sweden. 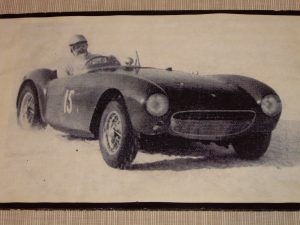 About the Ferrari 500 Mondial Spider… 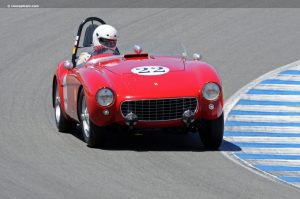 Though Ferrari is best known for its prodigious front-engine V-12 road cars, the manufacturer actually produced several models of four-cylinder sports/racers during the 1950s that are every bit as breathtaking as their more muscular siblings. During the 1950 Formula Two races, Enzo Ferrari noticed that four-cylinder race cars from manufacturers like HWM and Cooper were hot on the tails of his 12-cylinder cars on the handful of twisty circuits that generally lacked long straightaways.

The fact was that the four-cylinder engines developed peak torque at a much lower rpm band than the 12-cylinder cars, enabling them to maximize their potential in a far shorter distance. By contrast, the high-revving V-12 cars were only developing a fraction of their power when the next set of turns required braking. Aware of this inherent flaw in the V-12 on such winding courses, Ferrari assigned Aurelio Lampredi to develop a four-cylinder motor, which eventually debuted during the 1951 Bari Grand Prix as a 2.5-liter unit that could develop 200 horsepower.

Ferrari’s foresight turned out to be quite prudent, as Formula One racing was essentially cancelled during the 1952 and 1953 seasons because Alfa Romeo withdrew from

competition, leaving Ferrari as the only remaining entrant of note. Therefore, Formula Two events became the basis of the Driver’s Championships during those two years, and the Lampredi engine was ideally poised to dominate. Scuderia driver Alberto Ascari had little trouble in securing consecutive championships in the four-cylinder F2 monoposto, bringing Ferrari the title in 1952 and 1953.

Once it became clear how effective Lampredi’s four-cylinder motor was, experimentation with sports/racing chassis was inevitable, and various combinations involving all three iterations of the new engine, which had been developed in 2-liter, 2.5-liter, and 3-liter forms, were eventually attempted. In early 1954, Ferrari finally offered the four-cylinder sports/racer to customers as a two-liter model, with each cylinder displacing almost 500 cubic centimeters. The car was dubbed the 500 Mondial, in recognition of Ascari’s back-to-back World Championships. 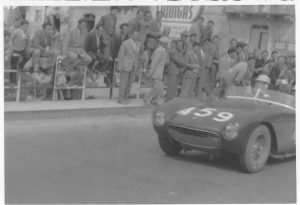 Starting with chassis 0404MD, 18 spiders and two berlinettas were built over a run of first-series cars, most of these bodied by Pinin Farina. A second series of 10 Scaglietti-bodied cars with slightly more powerful engines followed, resulting in a total of just 30 examples of the 500 Mondial before it gave way to the three-liter 750 Monza. Unlike the prototype four-cylinder sports car that placed 2nd at the 12 Hours of Casablanca in late 1953, which had a standard frontally located gearbox, the customer cars featured a rear-mounted transaxle that further optimized weight distribution and handling. In addition to its rarity and notability as the customer car commemorating the 1952–1953 Ferrari Championships, the Series One 500 Mondial Spider is also significant as one of the final Ferraris to feature the elegant barchetta-style coachwork that defined Maranello’s early sports cars. 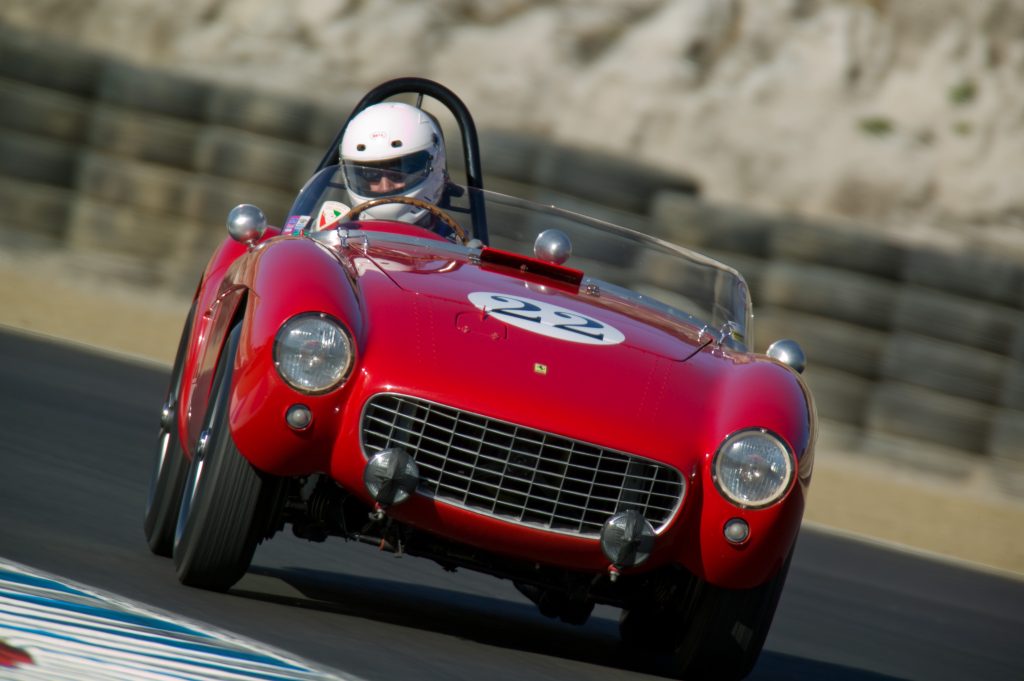