Murray Nichols was commissioned by Bill Devin to make another car to go with the C model already in production . The car was named the S model for sport use. The story of this first car has been published in the  January 1955 issue of Road And Track. This first car ,mine , was built for a racer named Perry Peron.  At some point early in the manufacturing stage, the relation between Devin and Nichols went sour and the cars never carried the name Devin.  Four Nichols were built, the last one using a tube frame chassis and being fuel injected.

This car used a standard rolling chassis from a Panhard Junior. The engine is a flat twin pushrod engine air cooled with a displacement of 850cc. This type of engine was used successfully in a lot of H-MOD in southern California , Devin ,Monsetta , Nichols and other specials. It was also used by Deutsch Bonnet ( D.B. ) to race at the 24 hours of Le Mans winning several indexes of performance.

Stan Bucklein helped Nichols build the car . He crewed in 1954 for Perry and the car was undefeated in G class.  Perry was looking for a faster Nichols for the 1955 season and sold the car to Stan.  The car changed from its original white to a black color at that time, as Stan figured that he might be not as fast as Perry.  The car was raced by Stan from the 1955 Santa Barbara Labor day race to 1965 at the same event.

Don Racine the owner of the little Aadrvark” A little Aardvark never hurt anybody” found the car 1987.  It had been parked since 1965.  He restored it and put it back on the race track in April 1988 at Riverside.  Stan Bucklein was at the wheel again for the last race at that track before closure!

I am the custodian of the Nichols Panhard since 1990 and enjoy it at every race. It is always a crowd pleaser as it is different in every way. 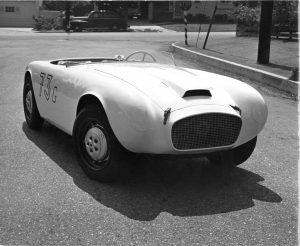 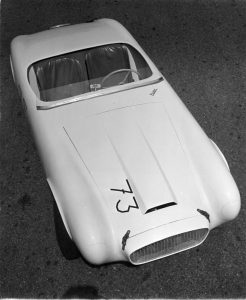 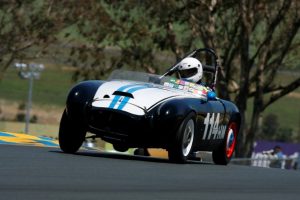 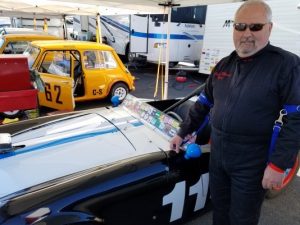