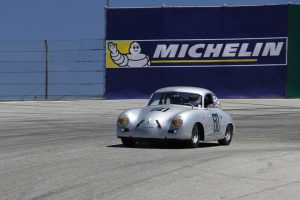 This Porsche 356 car was prepared by Glöckler in Frankfurt and participated in club events in and around Germany. Under the name Glöckler-Porsche , initially also “Glöckler-Eigenbau”, the Frankfurt automobile dealer Walter Glöckler manufactured in the early post-war period several sports cars, which were largely based on technical components of Volkswagen or Porsche . For example, the Glöckler Porsche 1500 Super from 1953 is considered the immediate predecessor of the Porsche 550 . 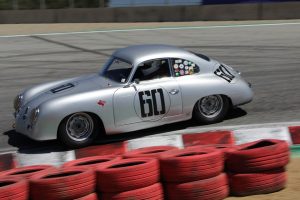 Club racing in Germany continued until it was imported to New York in the late 1950s. There it continued to be raced and rallied up and down the East Coast, eventually finding its way to California and historic racing.

This information is also available on our web site. You can browse all the 29 cars we have given descriptions of by going to
http://www.dmtrg.com/cars/ and clicking on any of the images. If your car is not yet featured there, please send me text and images to [email protected] Thank you.